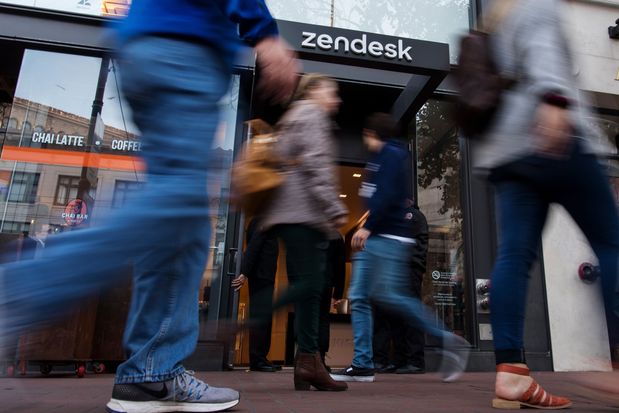 soared early Friday after the Wall Street Journal reported that the cloud-based customer service software provider was in takeover talks with a group of takeover companies.

(ticker: ZEN) jumped more than 45% to $84.15 in premarket trading after the Journal said a deal with a group including Hellman & Friedman and Permira could be reached in the coming days as long as discussions do not collapse. The Journal cites people familiar with the matter.

A price for Zendesk could not be learned, the Journal added. The company has a market cap of over $7 billion.

Zendesk said earlier this month that it plans to continue as an independent public company after failing to find a buyer.

The Journal reported last week that Zendesk was in talks with activist investor Jana Partners that could include the departure of the company’s chief executive. The Journal said it was unsure where those talks stand in light of the new takeover deal.

Global markets: start of the second half with renewed pressure on equities